The Ridgway Independent Film Festival will once again bring an exciting selection of some of the best short films from around the world, and is open to all filmmakers working in all categories of film. Ridgway is a small rural town on Colorado’s Western Slope, located in a beautiful valley beneath the San Juan Mountains. The Ridgway Creative District has been a Colorado-certified creative district since 2013. Ridgway Chautauqua at the Sherbino is a 105-year old theater, run by the non-profit Ridgway Chautauqua Society. The Sherbino is known locally as “Ridgway’s Living Room”. 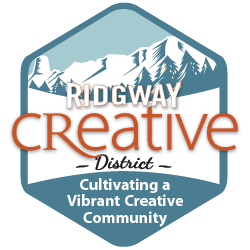